Why I Advocate: Wendy’s MS Story 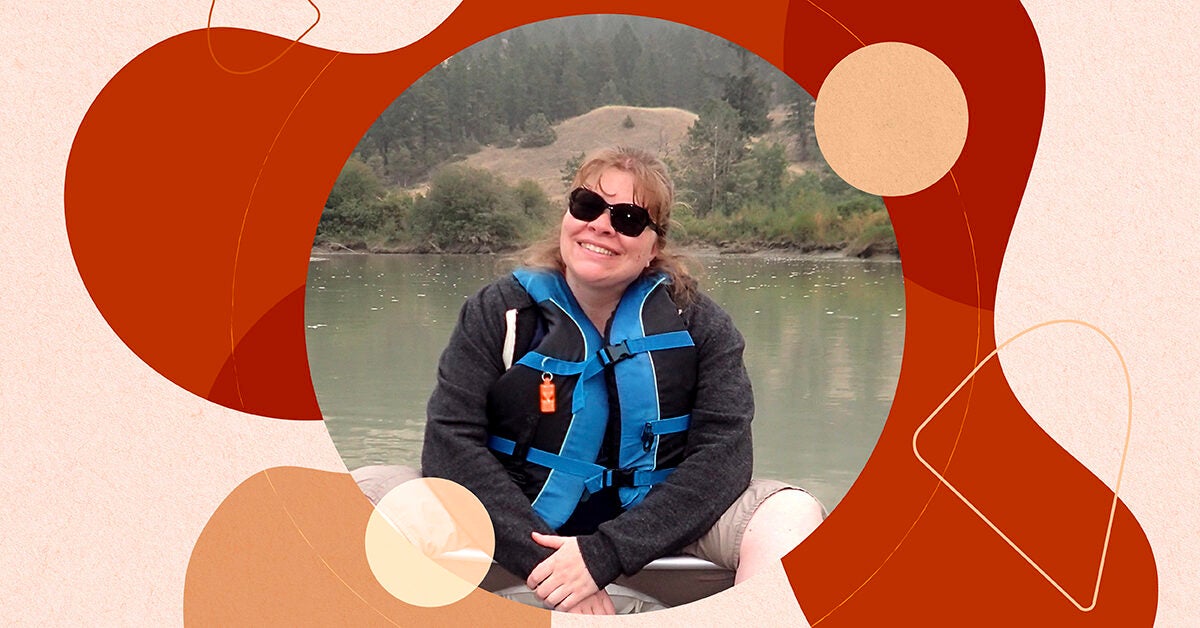 “We still have choices and decisions about how we contribute to the world around us and our families, and I think that’s what gives purpose and joy to people.”

Why I Advocate spotlights members of the chronic condition community working to make the world a more welcoming, equitable, and accessible place. Whether it’s calling for policy change, highlighting the need for representation, or simply offering the support they wish they had, these advocates are proof that we are stronger together.

The first time someone mentioned multiple sclerosis (MS) to Wendy Lerch, she was only about 21 years old.

“I had been having a lot of numbness and tingling,” Wendy says, “and I had some other things going on, so [my doctors] were like, well, maybe you have MS.”

However, 2 years, an MRI, and a bunch of nerve conduction tests later, the doctors declared they’d been wrong. It wasn’t MS, they said at the time.

Wendy had been diagnosed with Hashimoto’s thyroiditis. This is an autoimmune disease where the immune system attacks the thyroid, causing it to be underactive. This, in turn, affects one’s metabolism, body temperature, muscle strength, and other functions of the body.

In retrospect, she says, she thinks she had some MS flares and relapsed over the years. Every time she’d have a flare, they’d run more tests, send her to another doctor, and no diagnosis emerged.

“They kept telling me I was depressed, honestly,” she says. “It was quite frustrating.”

Wendy lost her husband when she was 22 years old, which she says complicated things and, in her opinion, made them too quick to assume depression was the cause of all her symptoms — even 10 years after his death.

“I think a lot of those symptoms were attributed to depression incorrectly just because it looked like I had a legitimate reason to be depressed,” Wendy says. “And I think that happens to a lot of people with different chronic issues — not just MS — that don’t fit a normal medical scenario.”

It wasn’t until shortly after Wendy’s 40th birthday — 19 years after her symptoms first emerged — that she finally got her diagnosis.

“I bent over, and my feet went numb from the ankles down,” she remembers. “It kind of felt like you sat on your feet for too long, so I was stomping on the floor to try to get the circulation back, and it just didn’t work.”

Still, the symptom was kind of mild, so she didn’t initially worry. Then, the next day, the numbness jumped to her knees. “Over the course of probably a week, it just kept jumping up my legs,” she says.

Wendy was hesitant to go to a doctor, though, because she was afraid that, once again, her doctors would dismiss her symptoms. Eventually, her cousin convinced her to see a doctor.

The plan was to see a neurologist, unless the numbness jumped higher, which it did — the numbness got to her belly button — so Wendy went to the ER. She was admitted and sent for an MRI right away, followed by a series of other neurological tests.

“I was in the hospital 5 or 6 days,” she says, and by this time, her feet felt like they were on fire.

On August 23, 2014, Wendy was officially diagnosed with MS. After the news, she remembers she immediately started crying.

“I felt overwhelmed,” she remembers, “I didn’t know a lot about it. It was very distressing and scary.”

Unfortunately, she says, her doctors didn’t really help her better understand MS and what a diagnosis could mean. As a result, she had no idea if the numbness she was experiencing would be permanent, whether she should stop working, or what day-to-day life would look like in the future.

“I didn’t know what questions to ask,” she says.

Even after she was released from the hospital, Wendy went through a lot of pain for months.

“I couldn’t sit up for more than 15 minutes at a time without being in a lot of pain and just feeling really weak,” she says. “That lasted for several months. It was several months before I could actually be up, and then I used a wheelchair for a while.”

She was also afraid to do much research on her own because her doctors had cautioned her that there was a lot of misinformation about MS on the internet.

“So I was actually a little afraid of looking anything up to find out,” Wendy says. As a result, she had no idea what to expect of her recovery. She wasn’t sure if and when she should go back to work, or when she should go to the MS clinic for physical and occupational therapy.

“There were lots of ups and downs that were really emotionally very difficult and scary that likely didn’t have to be,” she says.

Being an advocate for others

It wasn’t until Wendy found the Bezzy MS (formerly MS Healthline) peer-support community that she connected with other people who also had MS.

“That was really nice,” she says. “It was so nice to just have other people who understood, who you could share with.”

Suddenly, there were people to ask questions to and share tips or holistic treatments with. Not everything works for everyone, of course, but just being able to talk and share experiences went a long way in making her diagnosis less scary.

Over time, she tried to do the same and encouraged others that were new to their diagnosis to join. Eventually, she took on a volunteer role as a community ambassador, allowing her to offer the support to others that she wishes she had after her diagnosis.

“I just really love to help people,” she says. “I love to cheer and encourage people wherever they are.”

She tries to help people find support and positive things that bring them joy — because that’s what helped her the most.

“I can still have a good life,” Wendy says. “We still have choices and decisions that we can make about how we contribute to the world around us and our own families, and I think that’s what gives purpose and joy to people.”

You are not alone

There’s no reason to go through an MS diagnosis or long-term journey alone. Bezzy MS is a free and supportive community where you can join a group and participate in live discussions, get matched with community members for a chance to make new friends — and maybe even help others along the way.

Simone M. Scully is a journalist who writes about health, science, parenting, and the environment. Outside of work, she’s usually camping or hiking in a national park with her husband, toddler, and rescue beagle. Find out more about her work at simonescully.com.